It's International Fraud Awareness Week and HooYu reveals that 1-in-5 people ignore the risk of being scammed if they think they are getting a great deal!

Everybody loves a good deal; however new research has revealed that people are prepared to take unnecessary risks when searching for a bargain. In partnership with International Fraud Awareness Week (November 12-18, 2017) leading identity confirmation provider HooYu surveyed 1,000 people about their shopping habits and the risks they are willing to take, to get a good deal.

Naively, one in five of us would run the risk of being scammed in return for bagging a great bargain. Read on to see the full results... 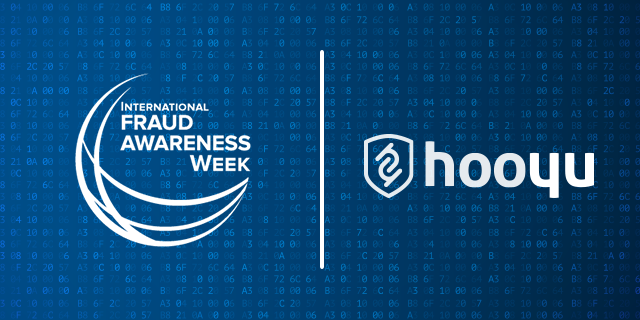 - 22% of people would ignore concerns about a seller / individual if they thought a deal was too good to pass up.

- 17% of people would or already have dealt with someone directly rather than through the protection of a holiday rental site in order to secure a discount.

- 34% of people would or have forgone credit card protections and pay cash in exchange for a discount.

- 47% of people would or have bought something from an online market place or individual without having any information about the seller.

- 29% of people would give personal details about themselves in order to enter a competition.

The results of the survey show that people are surprisingly willing to leave themselves open to scams if they feel they are getting a good deal. Unfortunately, the scammer’s modus operandi is to make people feel that they can’t pass up that great deal. Once people are hooked on the deal, they then tend to happily ignore the warning signs and the conditions that the scammers put in place.

For example, fraudsters lure bargain hunters in with big discounts if they are paid direct, be it on AirBnB or Ebay, fraudsters will offer deals if you wire money to them direct avoiding using their protected payment ecosystems.

Traditionally it has been difficult for people to verify the identity of the individuals they are dealing with and historically only businesses have had the ability to check an identity. Instead people have had to rely on their wits and gut-feelings, which are often ignored in the rush to bag that bargain.

HooYu is changing that by enabling individuals to get confidence in the true identity of the person they are dealing with. HooYu is the first identity confirmation service anyone can use to confirm a person’s identity in real time, without the need to share any sensitive personal information, or have it stored online.

HooYu’s Marketing Director David Pope commented: “In today’s digital age we're often forced to take trust for granted but that doesn’t mean we have to. When you’re about to deal with someone and you want to be sure they are who they say they are, you can ask them to perform a HooYu ID confirmation0. Once HooYu has checked and confirmed an identity, both parties receive an identity confirmation report but sensitive data such as date of birth, addresses and ID documents are not shared and are deleted. HooYu helps make sure you are getting the deal you are after and that you’re not getting taken for a ride by the scammers”.

Tim Harvey from Fraud Awareness Week Commented: “Giving people the same ability as businesses to protect themselves from fraudsters is a huge leap forward in the fight against fraud.  The Association of Certified Fraud Examiners is proud to be running International Fraud Awareness Week and our advice is to always make sure you know who you’re dealing with”.

HooYu is offering individuals the opportunity to verify an identity for free during Fraud Awareness Week, get in contact with the team here.

HooYu is a global identity confirmation service used not only by businesses that need to check their customers are who they say they are, but also by consumers who want to check another person’s identity before they proceed with an important or sensitive transaction.

HooYu cross-references and analyses data from a person’s digital footprint to confirm their real-world identity. HooYu also extracts and verifies data from ID documents at the same time as authenticating the ID document and conducting a biometric facial check comparing a selfie of the customer with the facial image on their ID document.

International Fraud Awareness Week was set up by the ACFE team and helps to shine a light on the issues of fraud in an effort to tackle fraud and safeguard businesses.